Politics, Love, and the Whale (from the eyes of a CibM)

In the wake of November 9, Donald Trump was declared the winner of the 2016 presidential elections in the United States of America.

I received and read many tweets, Facebook posts, emails, and text messages that had some element of great fear, hurt, pain, and insecurity. My friends from Africa, especially in Nigeria, called to ask when I’d be coming back ‘home‘. There were jokes flying around social media about the elections, the candidates, and the president-elect. Some were funny, others were just not meaningful.

All of these got me confused at first, then shocked, then scared, then I moved on.

I voted. It was an early voting. I felt really accomplished.

The one concern that I read, saw, and perceived from all the messages I got centered on the same issue; “What should I tell my kids, and how do I explain ‘this’ to my kids?”

I’ve heard my eleven-year-old daughter’s manifesto before; the first time was when she  became a big sister. She made declarations about how she would be in charge and take care of her little brother. After all, she had waited 7 years to have him. In fact, I’ve heard it many times when she tries to justify why she needs a new pair of shoes, or any other kind of favor from me.

I’ve even heard my three, and four-year olds make promises about what they would do if I take them to Chuck E Cheese; how they will not fight each other, and how they will share their toys and play nice. 🙂

As a mother, I see children play politics all the time. Whether they understand what they’re doing or not, it all boils down to some kind of politics.

At the end of the day, they all live and play together, loving each other under the same roof!!!. Most times, they don’t keep their promises, but somehow, the kids still live together in peace … and politics continue as usual the next day….

As adults, and as hurt or as happy as we may feel about the just concluded elections, we must be very careful not to complicate the messages we pass on to our children. Children will always be children, and we must not try to make them jump their ages and talk to them in deep adult-world talks. In my opinion, we should be able to communicate the basics of the election process, and the outcome of the 2016 election. Period.

Four candidates – Hillary Clinton, Donald Trump, Jill Stein, and Gary Johnson – contested (or campaigned) for the office of the President of the United States of America.

Donald J. Trump won the election, and is therefore the president-elect until he is officially sworn into office.

All four candidates visited different cities in the country for almost two years, giving manifestos of why people should take them to ‘Chuck E. Cheese’, and one was able to convince more people”. (Of course we know as adults that the political state of our country is nothing compared to Chuck E. Cheese, but we’re talking to children, remember?)

Life is full of competitions. We must be ready to play strong, and fair regardless of what you see or hear (from this election).

Some people are not happy with the outcome of the elections because their candidate lost.

If you are one of those not happy about the results of the election, let your children know that you are not happy. However, tell them that there will be many more elections to come. So, we should always be thankful for opportunities that await us.

In life, a heart of thankfulness is a heart that wins.

Some people are happy with the outcome of the elections because their candidate won.

In the meantime, and before the next election, it is important to act, talk and think with dignity and integrity.

Depending on how you saw each of these presidential candidates, let the children know that sometimes ‘bad’ people prosper or win, but that doesn’t mean they have to be bad or mean.

There is good in being good.

Tell them that sometimes, the good people do not prosper or win, but that doesn’t mean they have to stop being good.

Tell them that sometimes we make decisions based on good and concrete facts, but they still go wrong (because of other factors beyond our control). But at other times, we just make plain bad decisions that will definitely go wrong.

We must always look before we leap.

If you voted, it means that you used the power you have (as a citizen of this country) to make the country better by making your voice heard. Let the children know that in life, the power we have as humans must be used, and not misused, to make the world a better place to live.

In summary, life is designed to move on as long as we have breath in us. Let the children know that they need to seize the day (carpe diem), and maximize their potentials. 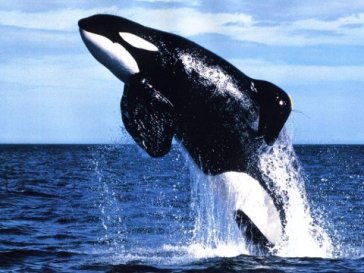 when your three and four-year olds ask you about the 2016 presidential election, and when you try to explain to them, you can tell them the story of Jonah and the whale from the Bible. If they ask you how it relates to the elections, tell the story all over again 🙂

By the way, the story of Jonah speaks to the great grace we have in God.

Finally, tell them we must learn to stand stronger together to make America greater than it was yesterday. This starts from the home, and it starts by quelling all the fear, tension, pain and insecurity surrounding us now.

As adults, we have a greater responsibility than the president to make sure we fix our homes and our children.

When we build strong families in America, America becomes greater and stronger together!!

May our land be peaceful and filled with love that can never be swallowed by a whale, or anything bigger or smaller than a whale.

2 thoughts on “Politics, Love, and the Whale (from the eyes of a CibM)”

This site uses Akismet to reduce spam. Learn how your comment data is processed.